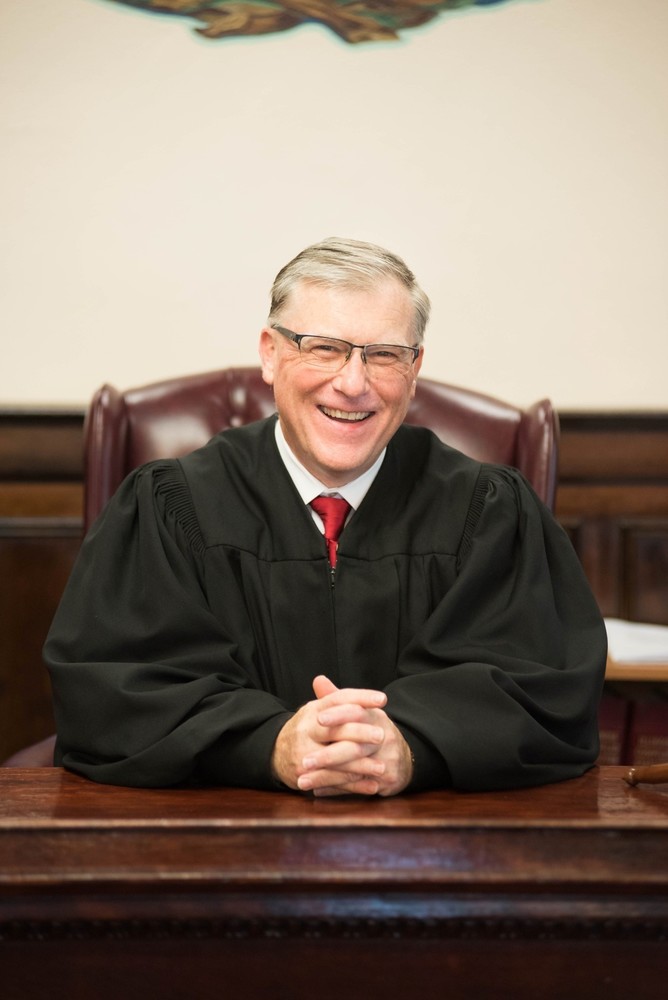 Judge Rodney Clark graduated from Fisher High School in 1983.  He continued his education at Eastern Illinois University where in 1987 he graduated with a Bachelor of Science in Business degree with a minor in Political Science.   He attended law school at the University of Mississippi in Oxford and received his Juris Doctor degree in August of 1989.  In 1991, Rodney went into private practice in Carthage, Illinois, with the law firm of Capps, Ancelet, & Stoverink and became a partner in 1994.  In 2012, Rodney was elected Hancock County Resident Circuit Judge for the Ninth Judicial Circuit of Illinois.  After being elected, he was instrumental in developing the Hancock County Drug Court.

Rodney is an enthusiastic family man with small-town values.  He has been involved with many clubs and organizations.  In 1994, he was awarded the Donald T. Forsyth Citizen of the Year Award for his work as co-chair of the World of Wonders park project.  As president of the Carthage Chamber of Commerce, he started the Carthage Christmas Open House that has been an annual tradition since 1994.   Rodney is most proud of his marriage to his wife, Marla, and his three adult children, Zach, Teddi, and Olivia.

*Judge Clark will be giving a presentation to our high school students on Friday, Sept. 24 starting at approximately 2:15 pm in the HS gym.  The public is welcome to attend and everyone will be required to wear a mask.